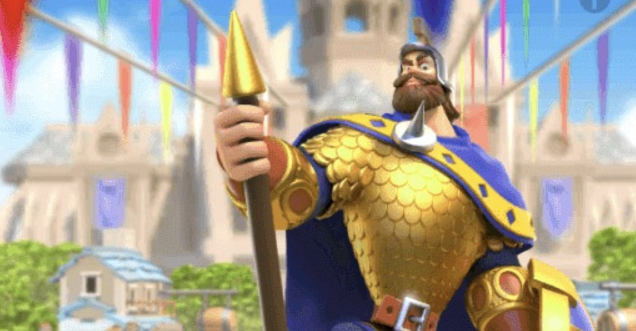 Charles Martel is a real strong commander in the current meta and for that reason I wanted to show you some talent tree builds that you can use with him.

In general, his talent builds are quite similar to Richard I, except the City Defense build that needs some swapping of talents.

Charles Martel is really strong in defending, no matter if that’s your city or a flag or fort. You can also use him in the open field as well, making him quite a versatile commander to have when you got him early and leveled him up quite well.

See how Charles is ranking in the different game modes of Rise of Kingdoms in my current tier list here.

When you star up Charles Martel, you also unlock a new skill. This helps you fine-tune in what order you want to upgrade your skills as not all skills are equally good for him. This helps investing your sculptures more reasonable to get the biggest bang for your buck.

There are two options here, depending how you use Charles Martel:

If you use Charles Martel as primary commander in the open field you want to use mainly infantry troops to get full benefit of his 2nd skill as well as the Infantry Tree as shown in the open field build below. If you use him in rallies or as defender mixed troops are no problem.

With Charles Martel you will have multiple interesting options if you’re using him as the primary commander:

Without wasting any more time let’s dive right into the builds I have here for you.

This is the build you want to use: Here are some tips on how to spend the talent points on this build:

Garrisson (17 Points) – this should be your start and the first points you will set for Charles Martel. Don’t think about getting any other skill points before you did spend them like shown above in the image.

Defense (47 Points) – after that you can move over to the defense tree where you will also find several really nice talents that are very useful. Master Armorer should be your first destination here because it will give you really strong defensive buff that helps a lot. Right after that you should go to Burning Blood because this will supply you with additional rage and is right next to Master Armorer.

Then the best path, in my opinion, is getting the Loose Formation talent because it will decrease the skill damage taken by 9% and this makes a huge difference on defense with Charles Martel.

Last but not least take Medicinal Supplies for some nice healing and Balance to prevent getting swarmed. After that Testudo Formation should be your last pick here

Infantry (13 Points) – if you upgraded Charles Martel enough you can now move to Undying Fury in the Infantry tree and then the other ones like shown above.

You can also go for Iron Spear here instead of Medicinal Supplies in the Defense tree but I rather have it save than relying that I will defend against Cavalry.

This build here is the only one you should use with Charles Martel in the open field: So, here’s the best way to set this talent build when you don’t have Charles marteil fully upgraded:

Infantry – take this tree first and pick up some extra march speed – always remember, no matter how strong your army is, if you can’t catch on the open field it won’t help you much. So, Fleet of Food is the talent you are after here.

Infantry – back to infantry again and now it’s time to spend the other available points there. I’d go over to the left side there now and get Strong of Body for a great health buff for infantry units. From here you should now obviously work your way through the Infantry tree to the top.

Here’s the build to use for defending your flag but make sure that you get mainly infantry into the flag.

One word of caution and for completeness here – there’s a build that is in theory stronger but if there’s only one non-Infantry unit in the flag it will make this formation weaker (looking at you, Johnny!) and this is, for me, far too risky so I rather have a secure talent build here for Charles Martel: This explains why we have Desperate Elegy here in this build rather than Hold the Line. Hold the Line only comes effective if there is not one single other units there than infantry so one single wrong unit from one person could just deactivate Hold the Line – just felt that I wanted to explain this with this Richard build here.

What do you think on these builds for Charles Martel? If you have questions or you want to add anything please drop a comment below 🙂