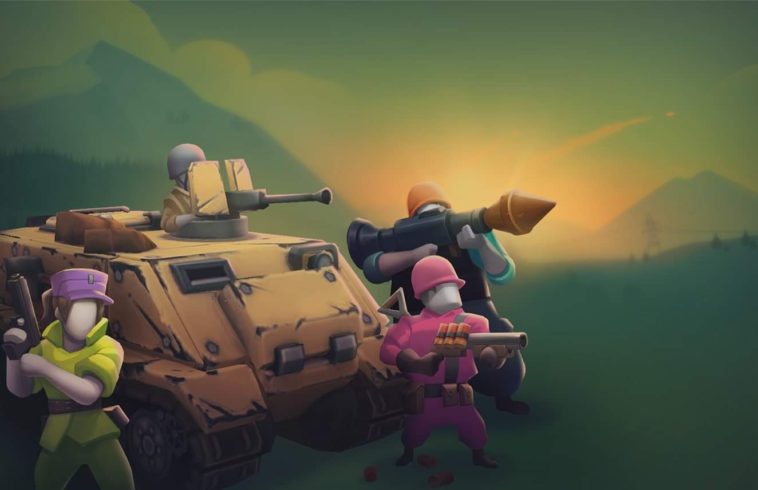 Setting up your outpost base layout is vital in Guns Up! Mobile and also can require hours of testing and trying different setups. I have spend a lot of time doing that and have below some base layouts for every outpost level in Guns Up Mobile so you don’t have to.

You can scroll down and see what I’ve been doing and why I have arranged the defenses like I did and I tested them many times to make sure they are stable and reliable so your next 3-Star is nothing to worry about.

Best Base Layouts For Each Outpost Level in Guns Up Mobile

Unfortunately, and believe me, I tried, there’s no good way to edit the full base layout of Guns Up Mobile into one single picture that looks good and well enough that you can see what’s going on there (everything was so small) – so I decided to make two pictures with one covering the right side and one covering the let side of the base and give some annotations why I did what i did.

Well, you will get to Command Center 3 in like a little when starting to play Guns Up Mobile, I don’t feel there’s the need to do a layout, also as there are not really much defenses available.

So, at Command Center 3 you have a lot more options but also there’s a lot more that you have to defend against so a wider variety is really necessary. What’s the best way to do here is to use the traps and walls you have to make a single funnel that all attacking troops have to pass. This will, first of all, take down the early push into the traps and also group them up nicely so you get the maximum firepower in, especially when using Grenadiers in your tents, they will become really effective in this setup. The bunker will keep the attacking troops at distance so your tents can restock your troops. Basically the same setup here at the left side, with the walls creating a funnel of only one open spot, guarded by the bunkers so the tent is quite protected. Make sure to place the tent behind the bunkers.

There’s not too drastic changes when you become Command Center 4 in Guns Up Mobile, but you have more options as you have more structures to use. The entry spot will become a lot more open and guarded, using all the walls and traps you have to create a pathway that all attacking troops have to cross, getting into the traps for sure but also grouping them up nicely so you can get maximum effect of your defenses. Mind that the two bunkers need to be set right to actually point towards the funnel. On the left side you have the artillery and your troops, with all the bunkers. Mind that the tents are not in the image, they are on the left side to let them recruit new troops as long as possible.

You would believe that there’s a lot more tactics coming in when it comes to a layout that defends your base at CC5 in Guns Up Mobile, right? Well, I found the most effective is keeping the general setup of the prior Command Center, just adapt it well. The right part keeps all the walls and defenses but you can start to shape spaces where you can also put one artillery, that will be protected and already fire towards attacking troops before they really reach your base. Then they need to cross the funnel where the two bunkers will give them as much damage as possible. Everything else is waiting behind that line to gather as much firepower as possible. The tents will be on the left side (not in the image)

Now I have to divide the images into three parts, otherwise you can’t really see the details. The best way is to drag your layout all the way to the right side and create a pathway there with the traps, there’s not much you can do then just grouping the attacking troops up. At the end of the funnel you place as much defenses as possible to keep the troops away as long as possible. Then on the left side place everything you have including the rest of your troops there as well and that’s the best defensive layout, actually one that more and more players run.

I hope you enjoyed it and maybe even copied my base layouts and get some nice victories with it. If you have questions regarding Guns Up Mobile, just share them in the comments below and I will do my best to help.