Do you ever feel that you constantly see teams or opponents in Brawl Stars that are a lot stronger than you? Well, Brawl Stars is a game that primarily focus in human versus human gameplay and this means that matchmaking is a very central component of the game – it handles which teams or opponents you get paired with and this has a big impact on how much you win/lose and your overall game progress.

So, in this article I want to show you how matchmaking works and what factors are part of it and give you some general tips that will help you prevent matching unfair opponents in Brawl Stars, like this one here:

Matchmaking In Brawl Stars – How It Works

The matchmaking in general does not consider how much trophies you have in total – that’s one of the most important things to know.

Here are the heaviest things that the matchmaking will look at when finding you an opponent (team): 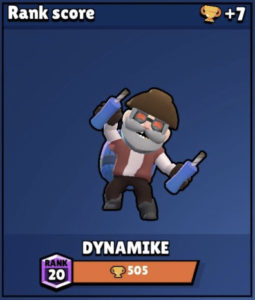 The single most-valued factor is how much trophies your brawler has – that number is what the matchmaking will look for at first. This is quite alright because if you are experienced to play the brawler you have selected it’s just fair to pair you with opponents that are quite at the same stage of experience with their brawler – this is mostly to determine player skill. This also means using a new brawler will give you a lot easier matchups.

Average individual trophy count is also taken into consideration to prevent such matchups, but in reality this average isn’t considered much. So, if you run the strongest brawler constantly, you will also get matched against player that are doing pretty much as well as you.

Ping is the amount of time it takes when you do something in Brawl Stars until that actian actually reaches the servers – look at it like the delay it takes. This delay is very important to make sure that all people have a similar delay, otherwise, the ping would just make one player or several players weaker than others simply because their actions will be slower taken to action.

There are multiple servers around the world to make sure that all player can play on a server with a low ping – imagine otherwise if all the server would be in North America, all people from Europe and even more in Asia would have to fight with a ping that’s a lot higher than people in North America, simply because their signal has to travel all over the world all the time.

Brawl Stars also tries to not have duplicate players on the same team, if possible – but this is not always possible. It also tries to prevent that you will match up against your own club members.

The above things are the ones that really matter in matchmaking, so here are some things that don’t really matter (even if you might think they would):

Now let’s have a look at bad matchmaking and how to prevent that.

The thing why the above system will produce mismatches (either in your favor or your disadvantage) is because people don’t want to wait minutes to get a match in Brawl Stars. It’s one of the most important things in Brawl Stars to quickly be able to jump on a match.

So, if there’s no opponent or team looking for a match that have the same general things like you have (individual trophy count and ping), the game still tries to get you a match rather than make you wait for a long time.

The only thing that can happen now to not let you wait for a long time is soften the search perimeters – in reality this is looking for people that have either a different ping on another server or have a slightly higher or lower individual brawler trophy count.

So, there’s still some things you can do to prevent that matchups will go wrong and get higher chances for a fair matchup:

If it takes more than 20 seconds to find a match, you can be sure that you already gamble with your matchup – it can be a weaker team but also a softer team, either when it comes to individual brawler trophies or also for the ping. Nothing is more frustrating that waiting for a long time to find yourself paired on a server where your ping is worst and your opponents wreck you because of that or you see players that are simply a lot stronger than you. I normally cancel matchmaking right away at that time and wait for a minute or so and than start it again and hope that a faster matchup will happen. If not, I repeat that but normally it never takes me more than three tries to get a fast and fair matchup.

For all team modes and if you don’t play with randoms you should also try to use a team where all brawlers have a similar individual trophy count – except when one player uses a brawler he didn’t use much but is able to play him well enough to compete.

During night time you can assume that less players in your region are playing, obviously, because they are sleeping. This means that matchmaking will look on other servers for matches and those servers are normally in another region where more players are active – this gives you a disadvantage because your ping is slower than the other players ping and make the game execute your actions slower (yes, 10-20ms can mean the world here).

If matchmaking takes too long and you can’t make it faster, consider simply using a different brawler that has a different individual trophy count – this can bea easier than trying over and over again to get a fast matchup.

Also, do not play the same game mode too often back to back because the game tries to avoid matching you against the same players all the time. Imagine that you will cycle through the possible opponents with each match and the more you play that game mode, the higher are chances that you have been matched against all players at the same individual trophy count and ping and you might start seing more unfair matches – you can see that point when matchmaking starts taking longer and longer each match you’re playing. Maybe a good time for a break 😉