To be honest, Kusonoki is a great garrison commander earlier in the game until you can unlock and get one of the legendary garrison commanders – but that’s nothing negative here. It’s not that difficult to level him up and he will do a great job, even when your city get swarmed.

Alternatively, you can also use him in the open field then, but I personally think he doesn’t get enough march speed to really work there well.

But if you do set him up with archers he’s a great AoE commander in Sunset Canyon.

Bottom line, it’s worth it to level him up early to have a very good garrison commander that you can still use later in the game 🙂

See how Kusunoki is ranking in the different game modes of Rise of Kingdoms in my current tier list here.

When you star up Kusunoki, you also unlock a new skill. This helps you fine-tune in what order you want to upgrade your skills as not all skills are equally good for him. This helps to invest your sculptures more reasonably to get the biggest bang for your buck.

The best thing you can do is you max out the first skill before you star up Kusunoki. Now you should just take him straight to 4-Star before you will invest into any more skill levels.

The reason is that the 2nd skill is useless for 99.9% of all players as you won’t use Kusunoki in the garrison unless you’re out of your mind. The 3rd and 4th skills, however, are pretty useful in the open field and similar in effectiveness.

If you would take Kusunoki to 3-Star and use skill ups, each one has 50% to be in the 2nd skill. Then you go to 4-Star and have 50% again to get skill level points into the 2nd skill.

When you go to 4-Star straight you only have 33% chances to “waste” skill levels on the 2nd skill, easy as that 🙂

Although Kusunoki is a Archery Commander, only his 3rd skill is about buffing archery units. In reality, you need to use the archer talent tree heavily for open field or rally builds. Only for defense not but I really don’t recommend using Kusunoki as your primary commander for city defense…

With Kusunoki Masashige you will have multiple interesting options if you’re using him as the primary commander:

We have here three builds that I want to show you. The first one is for using all archers in your army and can be also great in Sunset Canyon, the second is for using with a mixed army so we focus more on the Skill Tree and, finally, a build that you should use when defending your city with Kusunoki Masashige as your garrison commander.

As already stated in the introduction, this is the build you want to use when you have an army full archers as Kusunoki is all about archers in his skills as well – this talent tree setup here will get you the biggest damage output you can get: So, in the case you haven’t maxed out Kusunoki, yet… here’s the recommended order how you should spend your talent points for this build:

First of all you want to go to the Archery Tree and make your way to Venomous Sting. This will increase the skill damage heavily (also of your secondary commander) and you will also pick up several percentage points of extra march speed on your way.

After that, I would take Razor Sharp because it’s just useful to get extra rage that easily from there.

From here take the fastest route towards Whistling Arrows. Again, you only want to use this build with an army full of archers, otherwise use the talent setup below.

Now it’s time to get Rejuvenate to really keep cycling your primary skill faster. This extra rage will not only be granted when Kusunoki uses his primary skill, it also happens when your secondary commander uses the skill so you will get basically 30% faster skills which is huge.

One word of caution here… you can use this build in the open field but be aware that you’re not really fast and you can be caught quickly so be very careful with that. If you use it for Sunset Canyon, well, there’s no march speed involved there 😀

If you use Kusunoki with a mixed army, many talents in the Archery Tree aren’t that useful anymore so I would rather take the Skill Tree there to make a fast rage build. It will deal less damage than the build above but works better than using the build above without a full-archer army: 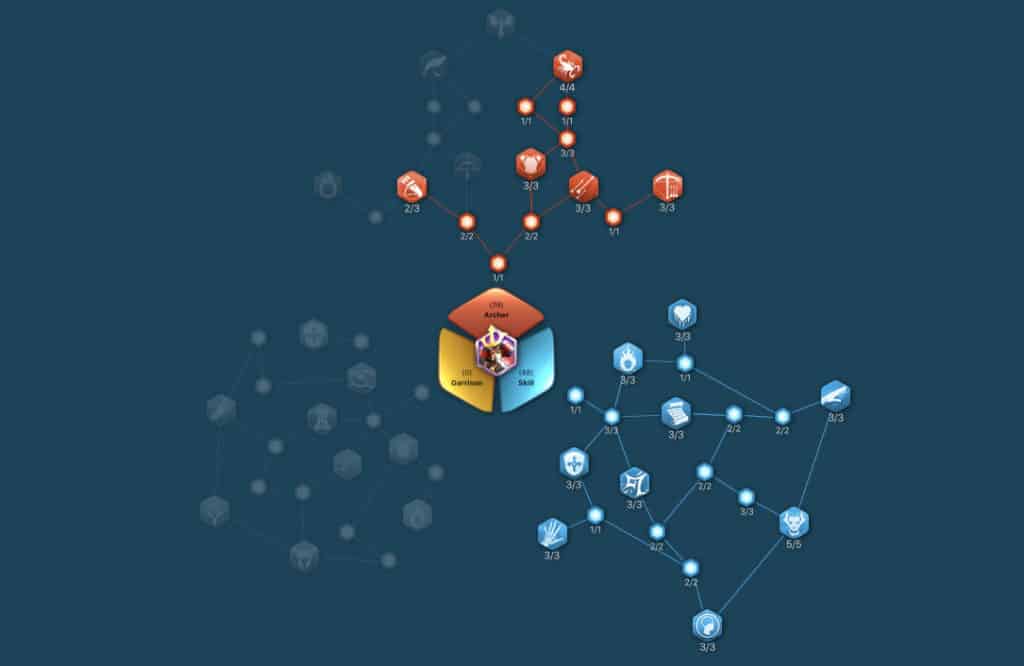 This is the best order to spend your points in this talent build:

First you will go into the Skill Tree and get Rejuvenate. The reason for getting this is you will lower the time needed to get your skill ready is lowered by 30% as also your secondary commander will give you the additional rage when using the skill. Also, I think getting the extra rage from Burning Blood and the additional skill damage for your secondary commander from All For One is the best thing to get as early as possible with this build.

Now make your way to Clarity to get Feral Nature unlocked. Feral Nature will also generate a lot of additional rage so you will probably use your skill (and your secondary commanders’ skill) twice as often now. In addition, there’s some extra march speed you will pick up on your way there.

Skip Latent Power and Naked Rage for now as I think that getting Venemous Sting in the Archery Tree is the better option to get first for Kusunoki. Yes, you will waste some points for march speed that only affects archer units (and you use a mixed army), but Venemous Sting will have a big impact as you’re generating that much additional rage with Rejuvenate, Burning Blood and Feral Nature that this buff is twice as good.

Now you can get Razor Sharp, Latent Power and Naked Rage.

Overall a fun and decent build.

Let’s get to the build where Kusunoki will work best for in the early/mid-game in Rise of Kingdoms and that’s defending your city: 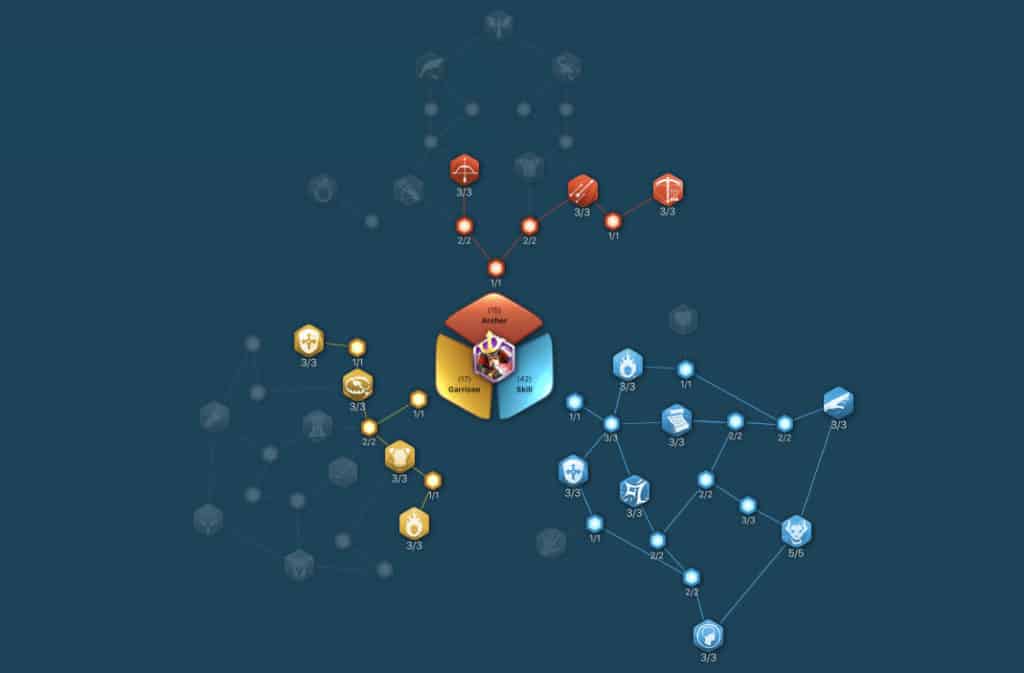 You want to start this talent build by getting into the Garrison Tree and Impregnable first. It’s a huge defensive buff for spending that few points compared with what you get for the points in other places. That’s my first pick here. Then also get Nowhere To Turn to get some extra rage that will be useful.

Now it’s best to get into the Skill Tree and get Rejuvenate. I have mentioned it above, Rejuvenate will improve the time until you can use your skill a lot and is really helpful to have now, especially with a primary skill on Kusunoki that deals damage to multiple targets.

From here go the straightest way to Clarity to get Feral Nature. At this point you will generate a lot of extra rage and get your skill cycling a lot faster which will be great against an attacker.

The last points should go into the Archery Tree (even though you will have mixed troops in your city) to get Razor Sharp for some more additional rage. Rapid Fire does make most sense for your last points as it will give all kinds of troops a buff and not only archers.

What’s you opinion on these builds for Kusunoki Masashige in Rise of Kingdoms? If you have questions or you want to add anything please drop a comment below 🙂