I’m sure everyone has heard of surgical attacking in Clash of Clans – some claim it’s the difference between a 2 Star and a 3 Star attack. I also featured it within certain attacking strategy posts, but I think it would be helpful to make a dedicated strategy guide on surgical attacking that you can build into your own attacks.

What Is Surgical Deployment?

In fact, there is no surgical attacking, it’s more a technique of deployment you use within your attacks. In general, the technique forms part of most classic 3 Star attack strategies and is used less often when farming. Before we take a deeper look into that difference, I want to show you the 3 different kinds of troop deployment used in Clash of Clans.
[tweet_box design=”default” float=”none”]Primarily, you will use surgical deployment for Hog Rider & Balloons in Clash of Clans[/tweet_box]

The “All Out” Deployment

That’s when you send all troops of one kind by holding your finger on the same spot. They will most likely lock on the same target and then group together.

The same, but you will move your finger while deploying so your troops will move in a row and target different structures and group up less.

You basically create a wall of troops that move in on a wide side – the downside is that you might deploy too many troops and overkill that side.

Surgical deployment is when you deploy exactly as many troops necessary to reach your goal – most of the time taking down a certain defense on the outside. You deploy exactly what is needed and don’t waste troops.

Now let’s come back to the initial point – why surgical deployment is featured in 3 Star attacks (mainly in Clan Wars).
The reason is that you will need to plan your attack for 3 Stars thoroughly, so the 30 seconds of scouting are not enough in most cases. Surgical deployment needs a lot of finesse in timing and that requires a very good prepared attack.
Surgical attacking is mainly used with either Hog Riders or Balloons and then followed by the second part of the attack. Normal Balloon or Hog Rider attacks use them in the first wave to clean defenses and then other troops will clean the leftover structures behind.
When using them in the manner of surgical Hogs or surgical Loons, you will deploy them after the initial squad is in and clean up another side of the base.

Surgical Deployment doesn’t waste troops, limits your risk of getting blasted by traps, but requires patience and experience.

How To Do Surgical Attacks With Hogs & Balloons

Surgical attacking is a great way to clear up certain outside defenses. The best amount of troops to use are:

That rule of thumb makes it a lot easier to apply in your attacks. You should watch this video here:

In general, there are many ways to use surgical deployment, so I have 2 great videos that will show you how you should use this strategy when attacking (videos describe it in this case way better than words with pictures).
Mainly you will use it in either LavaLoon attacks or in GoHo:
[irp posts=”13771″ name=”3 Star Attacking Guide for LavaLoon / LaLoon”]
[irp posts=”13740″ name=”3 Star Attacking Guide For GoHo”]
Here are the videos I was talking about:


I know they are quite long, but the technique is shown in great detail.

So why did I write this guide at all? Surgical deployment strategies have been around for quite some time, but I have received some emails lately where I discovered some confusion about how to best use this strategy when attacking – that’s why I wanted to wrap this topic up. When to do it, the reasons behind it and so on.
From my experience, when you start using this strategy you become a serious attacker.
Thanks for editing: EnchinsuOcha and Punchy

The Best TH12 War Base & Trophy Base Layouts
Read More »

Im not going to call this a: Surgical attack.
I’ll call it “all in attack”
Your version doesnt make sence.

Obviously you have never done a surgical war attack….. no need to explain further….

but surgical war attack is just, drop all your troops immedely. And “all in” is excatcly the same thing. They just named it surgical attack because they use WEIRD words.
Surgical? Srsly 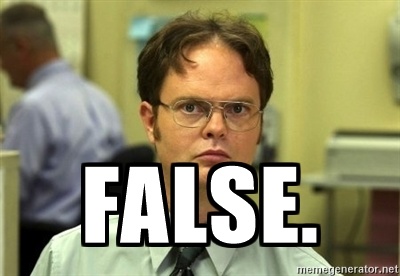 That’s correct, surgical is patience and planning and you’ll be busy with deploying troops during the whole attack

3 or 4 hogs/balloons per defense is not always applicable. Normally for surgical hogs, this is the case unless there are some golems or other troops drawing the fire of the defense that the hogs will target; in this case, you can get away with 2 hogs. When doing lavaloon, you can normally get away with 2 max balloons per defense. This is especially important when dealing with wizard towers, as those will do a good amount of damage to your balloons, even more deadly when clumped up.

you’re right, that’s why I stated “rule of thumb”. this is with what you start and then you will start getting a feeling how much you need. Otherwise I would have to post 100 different bases here and write below 100 different amount of hogs – not really helpful 😀

Amazing post, gonna share it with my clan. It helped me out a lot for a recent attack(got 3 stars). Thank you very much.

Hey Tim! I get how to use hog riders surgically at the very start, but what about the rest of the hogs? Should i make em follow up or deploy all of them surgically until they eventually meet up?
Great post tho! Keep up the good work

Yes, when using the surgically you often times mix them up with other troops as well that will clean up.
I recommend using them next to each other and when you have your funnel set up you can watch your attack and then send them in on the outsides to keep your kill squad alive

Comment*great post Timm I am just a little confused on funneling??? can u please explain