The Barbarian King is the first Hero you unlock and there are multiple ways you can use him in your attacks. In this guide, I’d like to show you how you can use him, some insights on his Iron Fist ability, plus some extra tips.

Integrate the Barbarian King in your attacks

You can use the Barbarian King in three different situations – before your main attack, along with your kill squad or afterward. Let’s have a look at these cases and find out which one works best.

Unlike the Archer Queen, the Barbarian King does not come in handy when it comes to destroying buildings and building a funnel for your troops.
The reason is as easy as it is obvious – the Barbarian King is slow, doesn’t deal that much damage without his ability and can’t take down anything behind a wall without having to destroy the wall first.
However, there is a great way to use him to deal with defending Heroes that are located on the outside.

Pro Tip! Only send the suicide King in when a defending Archer Queen already stands outside the walls, otherwise she might kill the Barbarian King while he hammers on the walls.

You will be able to get a defending Queen plus some structures down – a nice payout for the Barbarian Kings’ life.
This is called a Suicide King and you can read more about this here:
[irp posts=”13896″ name=”The Suicide Attack”]

With Your Kill Squad

The Barbarian King work great along with your main forces because he adds some tanking power with his massive hitpoints and also adds some damage.

If you’re using a farming strategy like Goblin Knife, BARCH or GiBarch, you can use the Barbarian King perfectly as a shield for your troops – a tank in front of your troops that helps clearing structures.
Make sure to have some Wall Breakers with you to help him break deeper into a base.

Remember! The Iron Fist boosts all Barbarians around him, not only the ones summoned by the iron Fist.

Cleaning Up With the Barbarian King

I don’t recommend keeping the Barbarian King until the end of the raid to use as clean up – his damage is not that great, walls are a problem and his hitpoints also go down quite fast when all forces are on him.

What Should You Use?

Well, to be honest, you should always use the Barbarian King along with your main forces because this will give the biggest boost to him and your attack.
There are only two exceptions!

Every 5 Levels, your Barbarian King will gain more power to his special ability:

The damage boost is a lot more than you might expect – because it’s not just a Rage Spell effect that happens to him and all Barbarians around him (included the ones that are not summoned).
In the max level, it adds 400 damage to the Barbarian King and every Barbarian – this means you can have 20 or more Barbarians with more than ten times their regular damage.

Pro Tip! Unlike the Archer Queen ability, the Iron Fist won’t make all defenses that target the Barbarian King lose their target – the damage is still on him and won’t re-target.

In my opinion, there are only two things you need to keep in mind when you want to time the Iron Fist:

The Barbarian King is a nice addition to attacks, but when he’s upgrading you can substitute him easily with a PEKKA (same stats without ability).
[irp posts=”14599″ name=”Farming Without Heroes / Low Heroes”]
Thanks for editing: EnchinsuOcha

I usually deploy the KING before sending out my main KillSquad … works nice for me till date …
???

Is anyone else having issues with the site?
Cheers ?

What kind of issues? ?

All the links are missing,, and on multiple devices so can’t be an issue with my tablet. 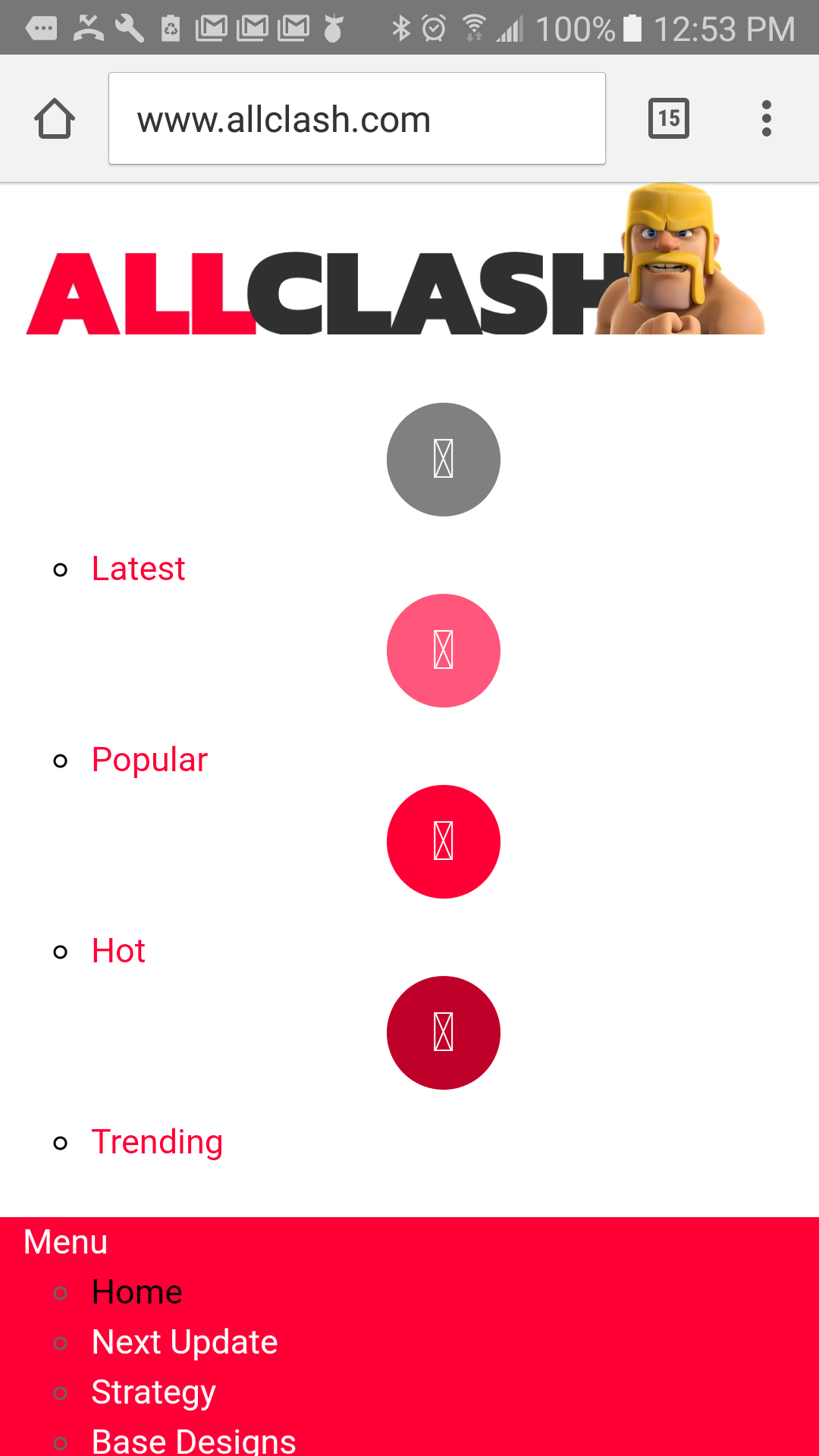 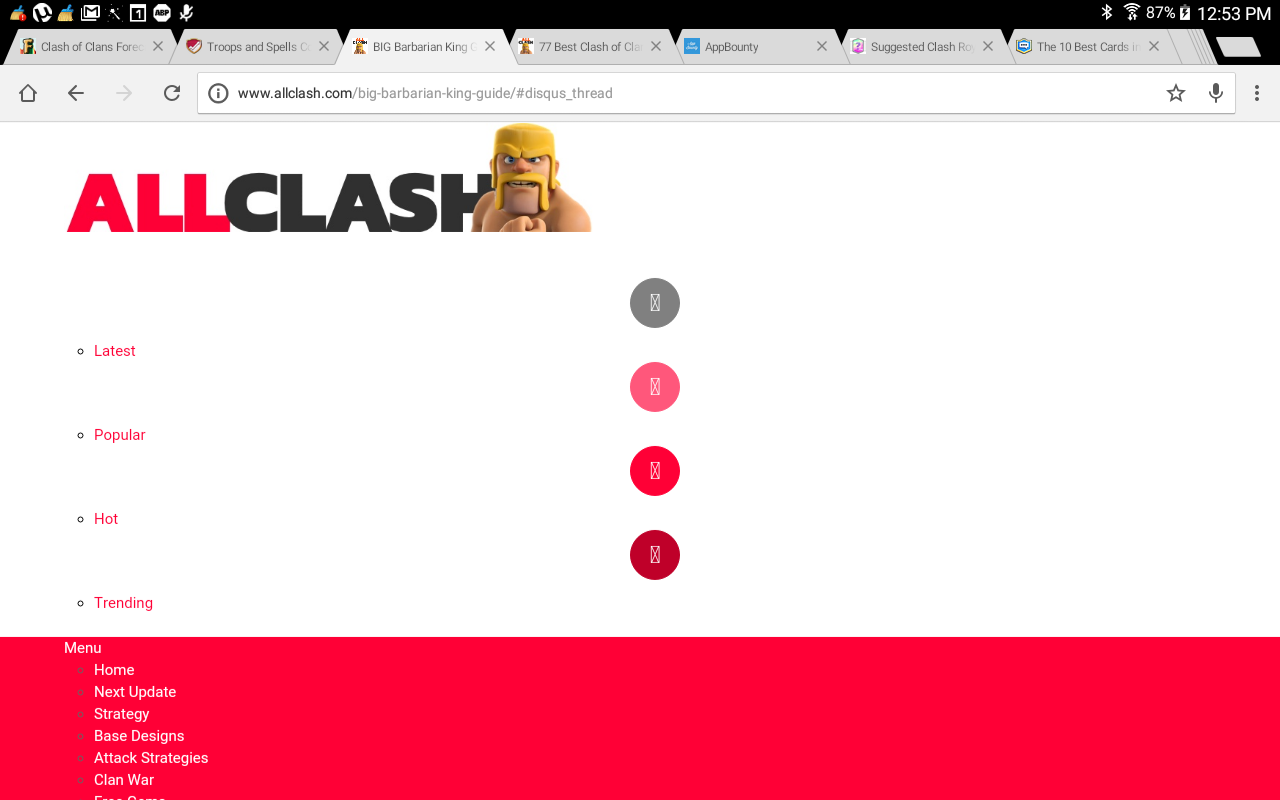 looks like the static resources are not loading.
The only thing I know of was that we cleared the cache and run a daily backup lately, is this still an issue?
PS: if so please write me an email ([email protected]) – it’s better to proceed with email instead of public comment ping pong 🙂
Thanks

Does your barbarian lvl determine the level of spawned barbarians?